If you read my review of the Sony RX10iii, published about 20 months ago, you know that I really liked the camera, despite its hefty price and relatively short zoom. Since that review the RX10iii as been to Panama, Honduras twice, South Africa, Cuba, Peru (the Amazon River), Ecuador (the Galapagos), England, and Costa Rica…as well as Florida, New Mexico, California, Ohio, Pennsylvania, Massachusetts, and Maine. I have carried it so far and so much that the LCD is beginning to show signs of wear and the markings on a few buttons is beginning to wear off. It has been my constant photographic companion and more than gotten the job done wherever I have traveled. It has been a joy to use…a camera I am always happy to pick up…and one that I could be supremely confident of in the field in any situation. Even around home, its Anti-motion Blur mode made photographing family gatherings a joy. What a camera!

So when I say that the Sony RX10iv is everything that the iii was, and considerably more, you will get the idea. The engineers at Sony listened to the feedback over the 18 months of the iii’s run, and attacked every possible weakness, to produce what may well be the greatest compact fixed-zoom camera ever made. I can not imagine a better camera for travel, wildlife, general nature photography, and day to day family photography. It is nothing short of brilliant in any situation you might find yourself in. I thought the RX10iii had been designed specifically for me…and I never complained about any shortcomings, but it is really like the engineers at Sony read my mind, and offered a solution for almost all my niggling doubts about the iii. I am amazed!

First, the body on the iv is identical to the iii, with all the same customizable buttons and the same amazingly sharp 24-600mm equivalent ZEISS Vario Sonnor zoom lens. The lens alone is worth the price of the camera. It is bright, f2.4-f4, and at its sharpest wide open at any zoom length. It really comes into its own in the rainforest or other lowlight situations where a lessor lens would simply not get the shot. Yes, I often wish for more than 600mm, but I am almost always able to crop to a satisfying frame and image, even when the birds and wildlife are distant. At 24mm it produces stunning landscapes and effective indoor shots. Really I would not trade it’s quality for more reach (unless somehow I could get the same quality at a longer focal length…something that just might defy the laws of physics, or push the camera to a size that would not be comfortable to carry in the field).

The real change is in the sensor and processing engine. This might be the same sensor, with hybrid focus and 325 phase detection focus points, as Sony used in the RX100V, but it is processing engine from the top of the line A9 full frame camera. Combine that processing engine with that sensor and you get totally amazing focus capability. Birds in flight are embarrassingly easy. Yes. Embarrassingly easy. It used to be a real challenge with a Point and Shoot superzoom, even the RX10iii, to get even the occasional bird in flight. With the iv, you literally just point and shoot. You can use a specific focus area in the center of the frame, which picks up birds in flight easily against most backgrounds, and the camera will focus between frames even at 24 frames per second (though I never use more than 10 frames per second). The iii locked focus on the first frame, which made following birds in flight much more difficult, often impossible. In fact, I use this center frame focus setting for general wildlife photography, so the camera is ready and able to pick up the unexpected flyover. For more dedicated birds in flight work, there is lock on tracking auto focus, which will pick up a bird anywhere near the center of the frame and lock on to follow the bird as you pan. Both work really well, depending on how large the bird is in the frame. Tracking works best with bigger birds and birds bigger in the frame. And, as far as wildlife action on the ground (or sports for that matter). the focus lock is amazingly fast and positive. I came back from Bosque del Apache this year with more satisfying Birds in Flight images, from just this year, than I have managed to get in all the years I have been going there with other cameras.

In general wildlife shooting, occasionally the iii would hunt when trying to get a bird or beast in lower light, especially with a confusing background. Not the iv. I recommend keeping the camera set to “continuous focus”, which seems to turn on the Phase Detection Focus points for faster focus. The focus is so fast that you quickly forget to even think about it. Point and shoot!

The new processing engine has also enabled some refinements which I am only beginning to appreciate as I use the iv more. Auto HDR has been improved to the extent that I rarely use any of the other HDR settings (you can still set 1EV to 6EV differences) and, if you are careful, you can shoot an HDR right out to 600mm on the zoom. The iii could not assemble an HDR much beyond 100mm. Highlights in Auto HDR are now very well controlled. They were not in the iii. That does not sound like much, but since I use In-camera HDR a lot, it means that I do not have to think about adjusting my HDR settings as often. As a Point and Shoot photographer I am all for that!

Another more subtitle improvement is the menu system. There are still a bewildering number of options and menu screens, but menu items are now grouped in more logical manner on each menu screen, with each screen clearly labeled so you know where you are. I use the excellent function button and function menu almost exclusively when in the field, so I never minded the Sony menu system, but I know that some did. 🙂 The changes should make it easier for folks to find what they are looking for, but I still recommend using the function menu whenever possible.

Some folks are excited about the 24 frames per second (with focus between frames!) capability of the RX10iv. That is essentially movie frame rate, and you can capture action sequences in the equivalent of a 20 mega pixel per frame video. I have not yet found a use for it. Somehow even the 10 fps “medium” speed seems faster and smoother than the 10 fps top speed on the RX10iii did…and focus between frames is just a wonderful improvement. They have also added a 2 fps slow speed continuous. And the size of the image buffer is amazing. I think I read that you can take over 300 frames before the camera freezes up to clear the buffer. (While I have tested the limits, one thing I discovered is that, though you can continue shooting, the buffer is clearing in the background, and you can not make changes in the settings of the camera until the buffer completely clears.) I can tell you one thing…you can burn through an SD card really fast at 24 fps.

Another change is the addition of touch-to-focus on the new touch screen. It is actually more like touch-to-move-the-focus-area unless you have the camera in continuous focus mode…and it does not, like some implementations, actually take the image. You still have to use the shutter button for that. Many folks on the dpreview Sony Cybershot forum recommend turning touch to focus off, as you do sometimes accidentally move the focus point when handling the camera…however I find touch focus to be really useful. For instance, when shooting a American Bison at close range, I was able to touch the screen to instantly move the focus to the eye of the beast, where I wanted it. On close-ups of birds, I often just tap the screen, again to move the focus to the head or eye. When using Anti-motion-blur mode inside at parties, one of the things I disliked about the mode in the iii was that you lost control of the focus point. On the iv in the same mode, you just tap over the face you want in focus, and, presto, good to go.

Actually touch to focus is one of the few things the new touch screen actually does. You can’t use it to set menu items or to navigate the menu system. You can, however, double tap an image in review mode to zoom it, and move the image around to view other parts with your finger. Strange choices on the part of the Sony engineers…but they tried. And, despite the occasional fumble when I get the camera up to my eye and find that the focus square is way off in the upper left hand corner, I do find touch to focus worth getting used to.

It is hard to say for sure, but my impression is that the new sensor and processing engine have also improved higher ISO performance slightly. It was already pretty good on the iii, but in similar situations the iv just seems to do a bit better. And if you are not familiar with the image quality of the Sony 1 inch sensors in the RX series, all I can say is, be prepared to be impressed. Between the exceptional ZEISS glass and the Sony sensors and processing engines, the RX series in general, and RX10iv in particular, produce images that hold up very well, at normal viewing sizes and distances, to anything on the market, including full frame cameras and lenses many sizes larger than the relatively compact RXs. Certainly if you are using the Sony RX10iv as your all around travel, wildlife, landscape, and party camera, you will have nothing to apologize for when displaying your images (and much to be proud of).

I already loved the RX10iii. It was the best camera I have ever had the pleasure of traveling with, and I owned it during 18 months when I visited so many wonderful places. I have only had the iv for a few months now (since a few days after it was released), but already I love it even more. It has not been as many places yet, but it will get there…and I know that when it does, it will bring back the images I want, day after day, time after time, amazing place after amazing place. I have no qualms about calling it the best fixed-zoom, superzoom, compact camera ever made. I plan on wearing it out before they come out with the RX10V (which will go to 800mm at f5.6 of course 🙂 This is my camera and I love it! 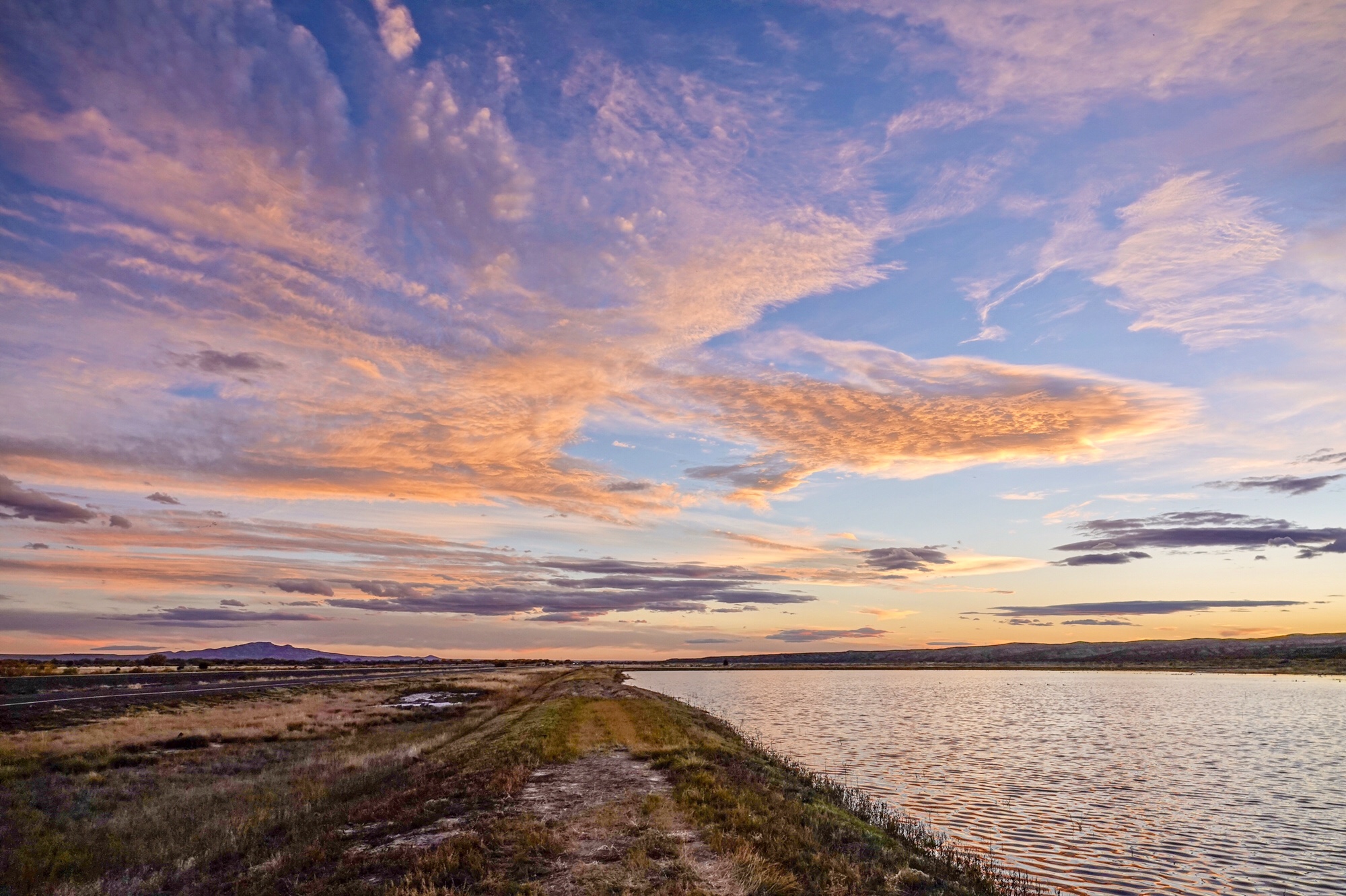