I had the opportunity to visit Cuba for 14 days in October of 2016. What a trip! The birds were greatl, especially the endemics, of which we saw over 20 out a possible 26. Then too, the landscape was often unique and beautiful, the food was great, and the people were open and friendly. It is a great place to visit, and a great place for photography.


We visited the mountains west of Havana on our first night (I was there for 2 trips, so we stayed in two different hotels). I don’t recommend hotels in Cuba. You are much better off staying in Casa Paticulars, private homes licsenced by the government to host visitors. They are common in most of the touristy areas, and are less expensive, cleaner, and often more modern than the hotels. Private tiled baths with shower, air conditioners in each room, generally a refrigerator (sometimes shared between rooms), filtered water used for cooking, bottled water and beverages available, etc. are standard (and, it was my impression, required by law.) Plus you can arrange to have your meals at the Casa Paticular and if the ones we stayed at are a good sample, the food is abundant and excellent!

Near our first hotel there was a small botanical garden…or Orchid Garden. Besides beautiful plants and stunning landscaping…in a series of terraces up the side of a steep limestone hill…the birding was excellent. Here we saw our first endemic: the Cuban Trogon. We also had good views of one of the most common, and most spectacular birds of the Cuban forest, the Red-legged Thrush. The Great Lizard Cuckoo lived up to its name. Cuban Emeralds worked the flowers on the terraces. We also saw Cuban Green and West Indian Woodpeckers, and the rare and unexpected Giant Kingbird.

In Vinales (a must-visit city in one of the most unique landscapes in the world, and the center of the cigar industry in Cuba) there are whole neighborhoods that are pretty much exclusively Casa Paticulars. They have catered for a decade to German and French tourists, and are eager to host Americans. The hosts have limited English. I don’t recommend going to Cuba without hiring a local guide to set up your trip for you, but once at your Casa Paticular, even the most basic Spanish (and I am limited to a very few words), combined with the host’s basic English, will generally get you what you need. In one case, where the host needed to communicate a maintenance issue, he was able to flag down a passing neighbor with more English and we got the job done. As I said before, the people I met in Cuba were among the most friendly and accomodating I have met anywhere in my travels.


From Vinales we traveled back toward Havana and then south to the Zapata Swamp area. Our accommodations were again in Casa Paticulars, this time in the resort town of Ponto Larga at the head of The Bay of Pigs. This is another unique landscape, somewhat reminiscent of the Everglades in south Florida. A porous limestone base mixes fresh and salt water well inland, creating extensive marshes and wet plains. There is a fault running up the middle of the Bay, so the east side is low, with sandy beaches, and the west side is some 20-30 feet higher, with a rim of low limestone cliffs, and many sinkholes back from the shore. This is the only place in Cuba for three of the most sought after endemics…the Zapata Sparrow, the Zapata Wren, and the Zapata Rail. The existence of the rail is currently in some doubt, as there have been no reliable records for several years now. This spring, when the marsh is dryer, local ornithologists and biologists are mounting a last-ditch effort to find the rail and document its status.

The Zapata area is also a good place to find a two of the other Cuban endemics: the Cuban Bee Hummingbird (the worlds smallest bird), and the Blue-headed Quail Dove.


The Blue-headed Quail Dove used to be very hard to find. Recently a small flock has taken up residence around restaurant at a sink-hole park just across the road from the Bay. They come in to corn spread by the staff at the restaurant, and draw the tourists with them. 🙂 The Wren and the Sparrow, however, required a 5 mile round trip hike into the swamp on raised dike roads, in the heat of a hot October. Fortunately there were other birds along the way to keep our spirits up. On the first of the two trips I hosted, the Bee Hummingbird was easy as well. There is a backyard in a small village just north of the Bay where they are regular visitors, so much so that the owners have a small business showing them off. On the second trip the Cuban Emeralds (not endemic despite its name) were so numerous and so aggressive that the Bees were scarce. We did find them elsewhere, but did not get close views.
The most elusive of the endemics of the Zapata region (not counting the rail), turned out to be the Fernandino’s Flicker, which should have been a lot easier in the wet plains back from the Bay. On our first trip we had only a questionable sighting. On the second trip we tried an unlikely spot in the mountains west of Havana where our guide had seen them once before, and had great views. Of course, on that trip, we also found them on the Zapata Plains.
Our Fernandino search did turn up other interesting birds. We had our first sighting of the Cuban Pygmy Owl here, and great looks at yet another Cuban Tody.

Meals in Playa Larga tended to center around seafood. Excellent shrimp, lobster fixed several different ways, and Deviled Crab with peppers and green olives. And of course fish, like this giant Dog-fish that capped a seafood meal at one of our Casa Paticulars.


South of Playa Larga are the extensive salt-water marshes of the La Salina Refuge. This area is very like a cross between the Everglades and Merritt Island in Florida. The winter birds were just coming in, but La Salina is home to part of the Caribbean flock of American Flamingos, as well as the Cuban variety of the Osprey and many of the other wading birds you would expect to see in South Florida.

Though the Zapata area lacks the mountains, it has the marshes and the Bay of Pigs, both spectacular in their own way.

We finished our trip, both times, with an afternoon in Havana. We stayed in Old Havana, an area which is rapidly being gentrified…with lots of trendy restaurants, brick streets, art galleries, mucic venues…surrounding the museums, historical sites, and famous Squares already in the area. Casa Particulars in Old Havana can be a bit basic…but comfortable. And the sights of the Old City are not to be missed…from the monuments and squares and the classic architecture, to the abundance of well maintained 50’s convertible taxis (from Fords to Cadillacs), the host of pedicabs, and the occasional horse-drawn carriage or cart. Street life is vibrant.

And I will finish with out hosts/guides on this amazing adventure. Ernesto and Tanya are two of the most wonderful people I have ever met…committed to the birds of Cuba and the future of Cuba. If you are interested in touring Cuba and birding with them, the easiest way is probably to contact Joni at Optics for the Tropics. 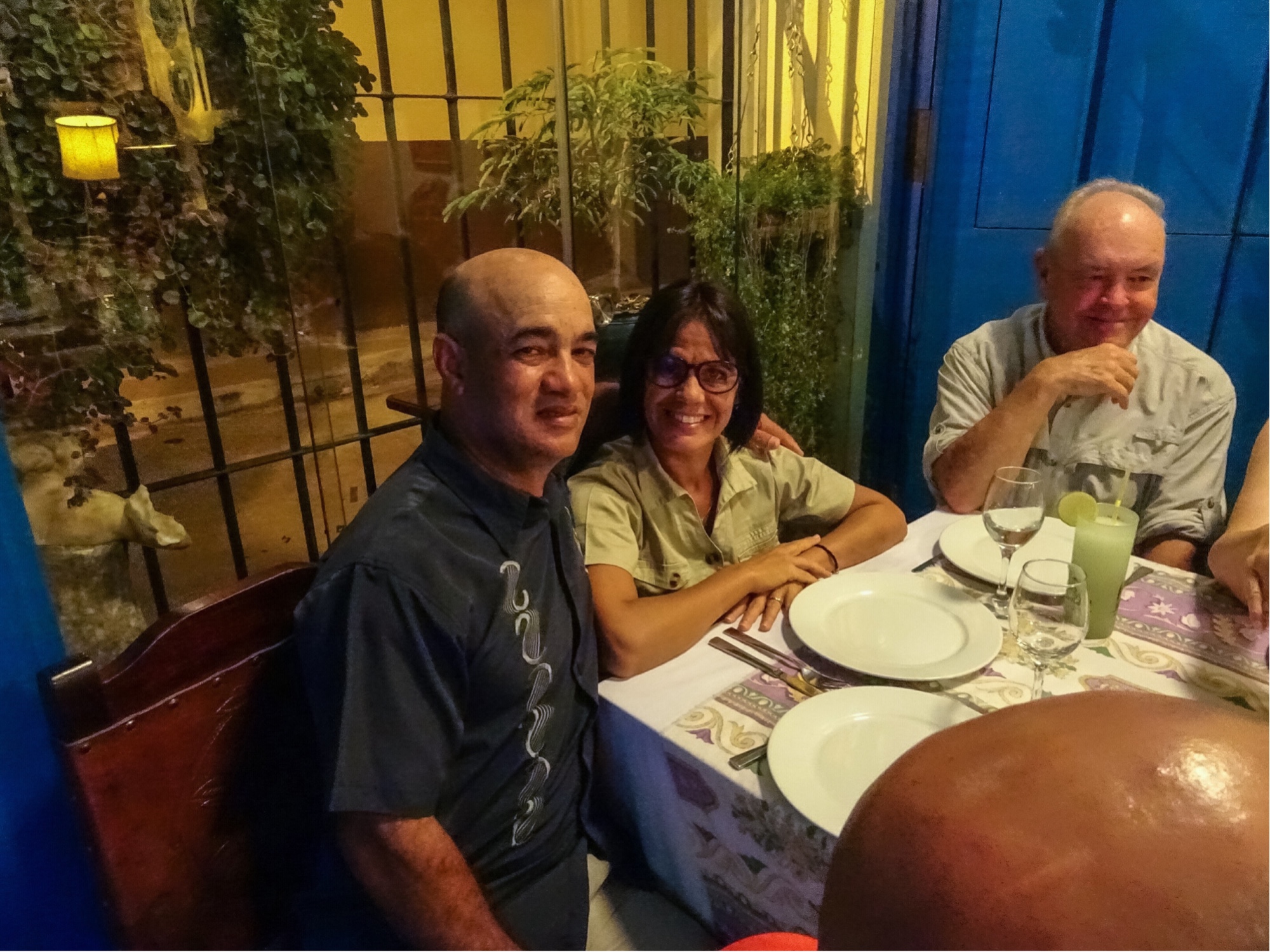 Cuba is an experience. It is getting easier. It is only an hour from Miami. You really have no excuse. Grab your camera and go!