On July 22, 2018 by lightshedder With 0 Comments - Uncategorized 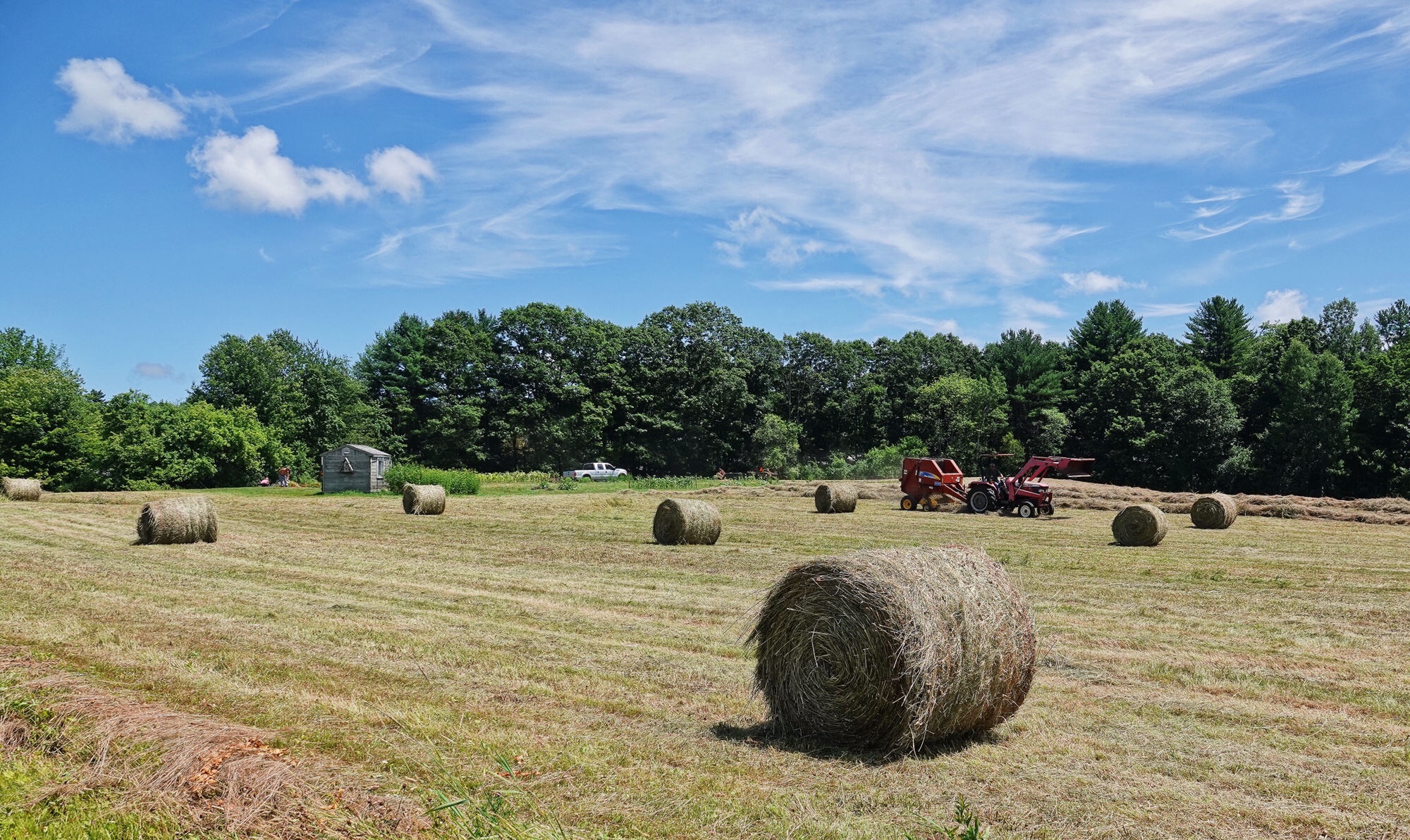 It is that time of year here in Southern Maine. They are rolling up the fields of hay into round bales. Round bales were rare in upstate New York in the 50’s and 60’s when I sometimes helped my cousins to bale hay. They are efficient if you leave the hay in the field. If you move it to barns then rectangular bales make a whole lot more sense. Here in Southern Maine, round bales are the rule. I don’t think I have ever seen a rectangular bale. I will admit, I like round bales. And I like this time of year, in part, because of them. Sony RX10iv at 24mm. In-camera HDR. Nominal exposure: 1/1000th @ f4 @ ISO 100. Processed in Polarr.