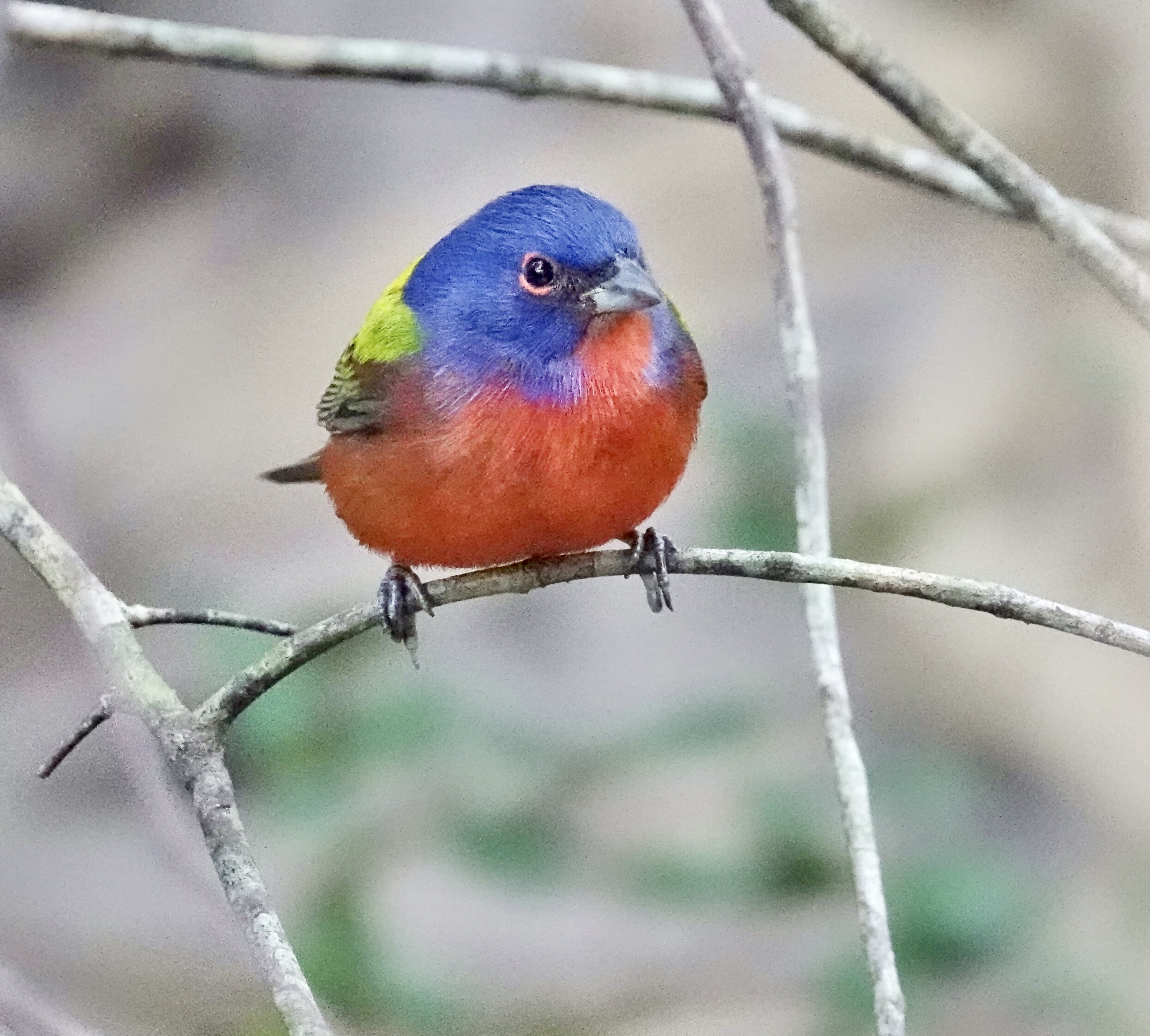 I had two encounters with the Painted Buntings that come to the feeders at the Merritt Island National Wildlife Refuge Visitor Center, near Titusville, Florida (USA) during this year’s Space Coast Birding and Wildlife Festival. It is always way too dark under the trees at the end of the deck at the Visitor Center where the feeders hang, and my last day there and my last shot at the Buntings began with overcast, which meant even less light. I remembered this time to pack my little light cube and my small light panel…led devices which mount in the flash-shoe on my Sony Rx10iv. They are not flashes…they are intended for video and provide a consistent and much softer light…daylight balanced…so that most birds and animals do not respond to them at all, especially during daylight. Even at close distance, it is maybe like the sun just peaked out around a cloud as far as they are concerned, so I don’t feel bad about using the cube or panel for supplemental light when needed. Though I was still using Multi-frame Noise Reduction on the Sony Rx10iv with the well shaded buntings, the light panel provided just enough extra light to capture more detail and to further reduce noise in the background. Sony Rx10iv at 600mm equivalent. Program mode with my custom birds and wildlife modifications plus MFNR. Processed in Polarr and Apple Photos.

Also there is a poem 🙂

give it between engagements.

The miraculous pallet of the painter

rewarded me past any reason or

expectation. It happens too often

for me to ignore. I am becoming

convinced the creator has a particular

fondness for both birds and birders.