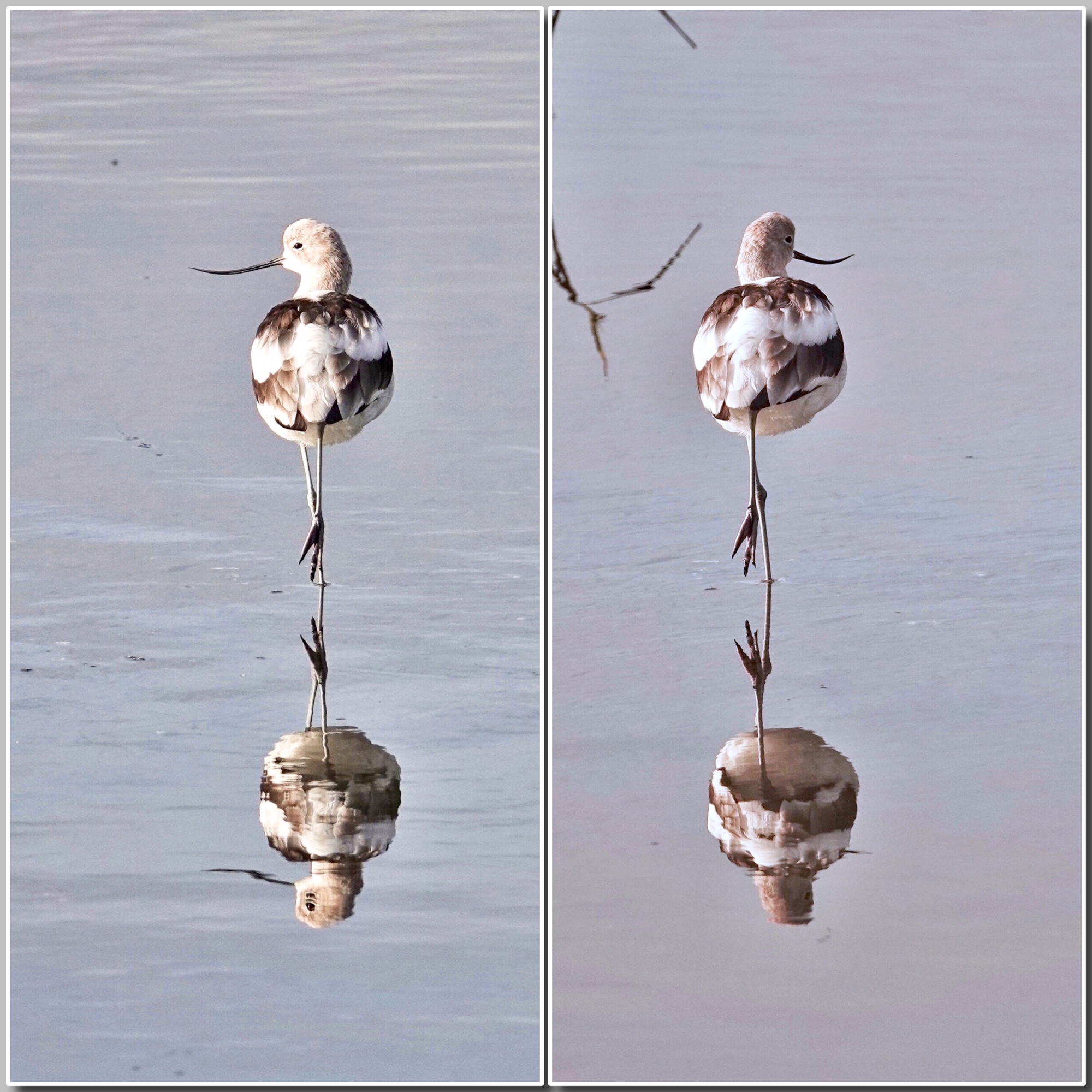 An American Avocet at Famosa Slough in San Diego, California. And no, it is not the same photo flipped. Take a look at the legs, both crossed the same way. And they are from slightly different angles as I moved down the trail a bit before the second shot, which is why the birds looks “fatter” in the second shot. I just could not resist posting them side by side. 🙂 Sony RX10iv at 600mm equivalent. Program mode with my custom birds and wildlife modifications. 1/1000th @ f4 @ ISO 100. Processed in Polarr and assembled in FrameMagic.