On April 10, 2018 by lightshedder With 0 Comments - Uncategorized 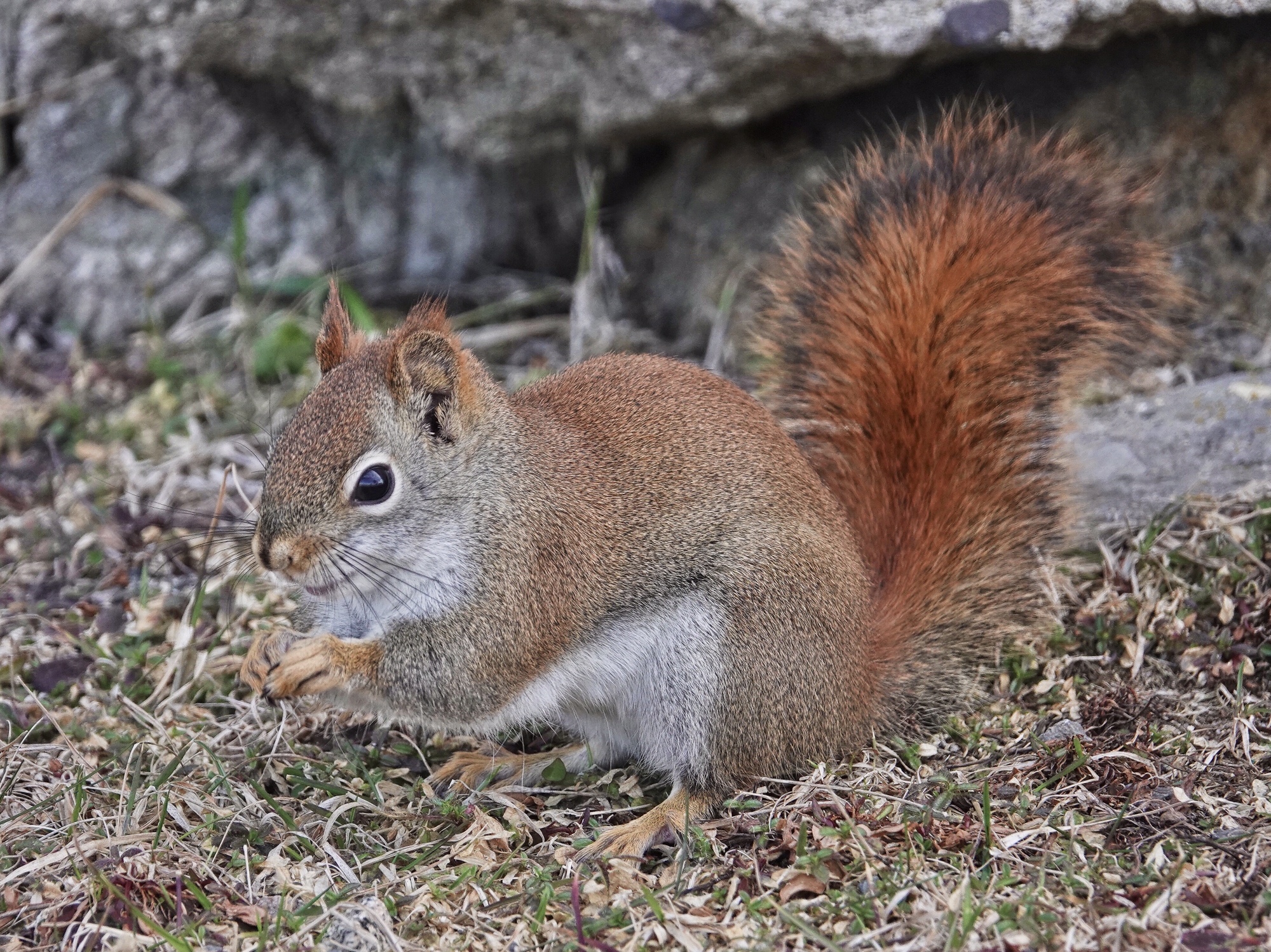 The other day I rode my eBike down to Laudholm Farms (Wells National Estuarine Research Center) and stopped to walk up on the hilltop for some pictures of the sky, which was amazing. As I came up to the big barn that has been converted to an event center, I saw something moving by the foundation. On closer approach it was a Red Squirrel. I have seen Red Squirrels pretty often deeper in the woods at Laudholm, but this was the first one I have seen around the buildings. It had apparently wintered in a drain pipe under the building and was happily foraging next to the stone foundation. It let me walk up close enough, in several stages, so that I could fill the frame at 600mm…maybe still 15 feet away, but that is pretty close to any “wild” animal. It was very busy looking for whatever it could find to eat. It was in the deep shadow cast by the barn, so not the best lighting. Still, it is not often you get such a close portrait, and the slope of the foundation above the path put me near eye-level as well. Sony RX10iv at 600mm. Program mode, with Minimum Shutter Speed ISO set to 1/500th and -.3EV exposure compensation. 1/500th @ ISO 250 @ f4. Processed in Polarr and Apple Photos.

Spring comes in by millimeters not inchesChickadee at the nest hole